I liked the promptness and providing something written.

After my terrible experience with George's Painting, I had called Mike Rafferty and some other painters. Mike had called and had set up a date for an estimate. The other painters either were booked upÂ or just didn't want to do the job because my house was built around 1926.Â Mike came out andÂ went over what I needed toÂ have completedÂ butÂ he even gave me quotes, if I didn't want to have everything completed at one time, so after going over the plan and the price, I was sold. The bonus was that Mike could start the job in two weeks, the day after labor day. Mike and his crew came by just as expected and had completed the job the same day, which I was amazed but more important the work wasÂ Awesome, this was no small job folks,Â but Mike completedÂ itÂ and also did a couple ofÂ favors for me as well, so needless to say his customer service far exceeded what I had expected. He does have one retouch to do but to be honest it may take him about 15 minutes and that is all.Â My wife and IÂ are very excited about the job, Mike and his crew completed and again I must reiterateÂ the price was fair, the job again was Awesome, plus the clean up after the project had been completed was the icing on the cake. Thank You Mike Rafferty forÂ a job well done and I will use your servicesÂ again in the future.

Our experience with Rafferty Painting was very positive. They areÂ professional, responsive and provide quality work. We called Mike on Thursday afternoon about getting anÂ estimate, thinking it would be several days before that could be arranged. Â However, they were working on a job not too distant from our property andÂ offered to come by that same day. Â Patrick arrived in about an hour,Â reviewed what we needed to have done and gave us a fair estimate for the work.Â Â He said the work would be done very soon, though hard to predict due toÂ the rainy pattern of weather we'd been experiencing. Â Sure enough, PatrickÂ and his crew arrived on Monday morning and went straight to work. They finishedÂ the entire job in one day and did an outstanding job. After searching for a long time, it was wonderful to finallyÂ find a company that specializes in metal roof painting, and provides qualityÂ service. Â We highly recommend this company.

The entire experience from beginning to end was hassle free.Â Mike was punctual, professional, and a pleasure to work with.Â He returned my calls, was there when he said he would be, and did the work without incident.Â He evenÂ gave me an added bonusÂ by tinting the roof paint the color of my shutters, which looks great!!Â I would highly recommend Mike!!Â A++

Rafferty's are very professional and respectful. When the work was finished Rafferty asked if I was satisfied with the work that was performed and if not they would make it right. The job was done perfectly, I would definitely recommend them.

Mr. Rafferty was very professional and prompt, and his painter performed services as specified--in just 1 day! Â The painter cleaned up well after himself and was very careful. Â This job was somewhat difficult because the deck floor was one color and the pickets and rails were another color. Â I ended up sanding worn deck surfaces myself because I was concerned about stain adhering to deck (even though the power washing alone would probably have been sufficient).

I have a large red brick home I wanted to paint white, including front functional shutters and back nonfunctional ones.Â The job presented many challenges.Â First of all, the brick's rough texture and 60 year old brick meant that several coats had to be applied.Â The entire structure first had to be power washed, then painted with a sealer.Â Â Patrick and Michael Rafferty began the job the day after the contract was signed.Â The painting began during the few warmer days in January, and continued a few weeks later after the severe cold weather had abated.Â Then they ordered and replaced shutters as necessary.Â Their attention to detail was very good, even removing downspouts, cleaning and painting them before replacing.Â They are extremely prompt and courteous and were on the job every day without interruption until completed; they wasted NO time. Â I must emphasize this was a very large, rather involved job. Â I cannot attest to price because I did not get other quotes; I did this because I have used them for 20 years or more on several of of my farm outbuildings and they always did an excellent job. 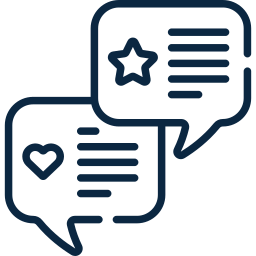